I Have Seen the Future and it is… Blurry? 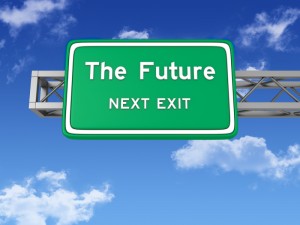 I used to say that I work in the Printing industry. At the age of 19 I took my first job working on a gigantic web press for a company named Valassis – perhaps you’ve heard of them? At that time, I truly could define my job as putting ink on paper (and on my clothes, my hair, etc. – cleaning ink fountains was always a blast).

But 16 years, 6 different states and several position changes/promotions later, it’s not so evidently clear to define myself as a printer. Sure, the company that I represent does indeed have printing presses. And in my humble opinion they are better at putting ink on substrate (it’s not just paper anymore) than any other company. But to call Mossberg & Co. a printer is to view them with blinders on. And after talking with some of the great minds at Xerox that have their finger on the pulse of where technology is headed, any company that only offers printing services is already way behind in the game. Thankfully, Mossberg is a company that seeks to stay ahead of the curve. We have invested in web-to-print customized technology and offer services like digital asset management, variable data, e-commerce fulfillment as well as other services primarily related to the medical and pharmaceutical fields. Let’s call these technologies “Print 2.0″.

But what about Print 3.0? Where are things headed?

Well, what do you know about Augmented Reality (AR)? Have you heard of or used an NFC tag before or iBeacon? I’m sure by this point, you’ve heard of 3D Printing before – it’s actually a 40+ year old technology – but what are the practical applications for this technology in the future? More on this shortly.

We first need to understand who the demographic that we are currently targeting is and what makes them tick. Because the rules in reaching this new audience have all changed.

If we can say one thing about the Millennial Generation (and the next generation behind them), it is certainly this: they are well connected. My youngest child is going to turn 11 years old next week. She has never known a world without cell phones and was too young to remember when tablets first appeared. I won’t let her have a social network account yet (still too young for that), but she and her brother that is 15 months older have found apps (on their own mind you) for their iPod Touches that allow them to text and make calls as long as they have a WiFi connection. They watch videos on YouTube (age appropriate), they play video games on Xbox and talk to their friends across town using Xbox Live and employ multi-play functions so that they are all involved in the same game. These kids are embracing technology as quickly as it comes out – they are connected.

A quick little aside in addition to the above: my wife and I were outside of our house earlier this spring and both commented on how ugly the cable wires that run along the house were. We traced the wires back to the box and saw that several of the wires were connected to a box that belongs to a different cable company than our service provider…so out came the wire cutters. We removed probably about 100 feet of unnecessary cable wire – or so we thought.

The good news is that the largest TV screen in the house still gets a cable feed and that the internet cable connection are both still in tact. But we killed the connection to the other two spots in the house. The kids complained for about a week. But then they just flipped over to watching their shows on Netflix or Hulu and I haven’t heard any complaints since. In fact, they’re glad now to not have the encumbrance of commercials to annoy them.

I mention this story to also point out that: in addition to being well connected, this next generation does not want to be hit upside the head with a mass advertisement. One size no longer fits all. The mentality is ‘If you’re going to pitch something to me, it better be something relevant to what I as an individual want or need. At the very least, it had better be entertaining’ (thank you Old Spice for your very weird commercials that remind my sons to put their deodorant on).

With all of the above in mind, here are some staggering statistics for you: the USPS did a recent study of how many media messages the average consumer is bombarded with every single day. That number is 2,904 media messages. 2,904!! Every day. The number of messages that are paid attention to: 52 out of 2,904 or 1.8%. The number of media messages that are remembered favorably: four. FOUR!! Out of 2,904 messages, only 0.138% of them are getting through to their intended audiences and having a favorable response. How do YOU stand out in that very crowded space?

Well let’s bring this all back home now. Good old, traditional printing – ink on paper – at one point (not all that long ago – relatively speaking) was the preferred (read: only) medium for how any company that wanted to get their word out about themselves that was utilized. Along came radio, then TV, then the internet, then mobile devices, then tablets, then social media. These were all disruptive, game-changing technologies. Advertising spend and budgets still include radio and TV and of course internet and even print.

But we/marketers have to be more and more savvy about how we utilize each. I’m actually very excited for the use of Augmented Reality technology and NFC tags – because print is the preferred medium that these technologies will utilize. Imagine this: instead of me sending you a static piece of “junk mail” to advertise a furniture sale, I mail you a personalized brochure that includes Augmented Reality (AR) technology that you can scan with your smart phone. You really like that leather sectional, but aren’t sure if it will fit in your living room. By using AR, you’re able to “place” that sectional in your living room and see where it would fit best. Just think of other applications that exist for this. Want to see what granite countertops would look like in your kitchen? How about that new car you’ve been thinking about – why not use AR that lets you take it for a virtual test drive? Or how about ju

st some business cards that utilize AR technology to show an introductory video of you and your company that links up to your interactive web-site. Now we’re cooking with gas – now we’re creating messages that are memorable. Want proof? I showed my 16 year old some already existing AR apps on my phone last night when I got home. He was very interested in how it works and I’m pretty sure he downloaded the Layar app (which I have on my phone now too). 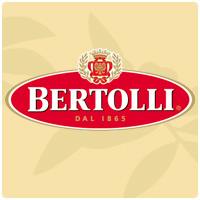 How about a cool application using NFC tags? Bertolli Olive Oil is (or will be very shortly) using NFC tags on shelf-talker signs inside local grocery stores that you can tap w/ your NFC-enabled phone (mostly Android phones at the moment, but rumor has it the next iPhones will also be enabled) and you will be sent “This Week’s Recipe from Bertolli”. Like the recipe? Great – the NFC tag also sent to your phone the recipe items that are needed as a shopping list so that you can pick those up now. Oh and celeb chef Fabio will also show you how to prepare the meal in the video content that the NFC tag sent you as well…pretty cool huh?

Using these multi-media channels to connect with your intended audience is where we are headed – frankly, we’re already there and it’s time to catch up. You want your message to be heard and to be memorable. Let’s not just do what we’ve always done – let’s be one of those 4 messages that are favorably remembered and move our audiences to action. Contact me to discuss your upcoming promotion(s) and we can work together to determine what technology(ies) would be best suited to your campaign.

Be sure to catch Lu Duma’s weekly blog at: http://printpotentate.wordpress.com/